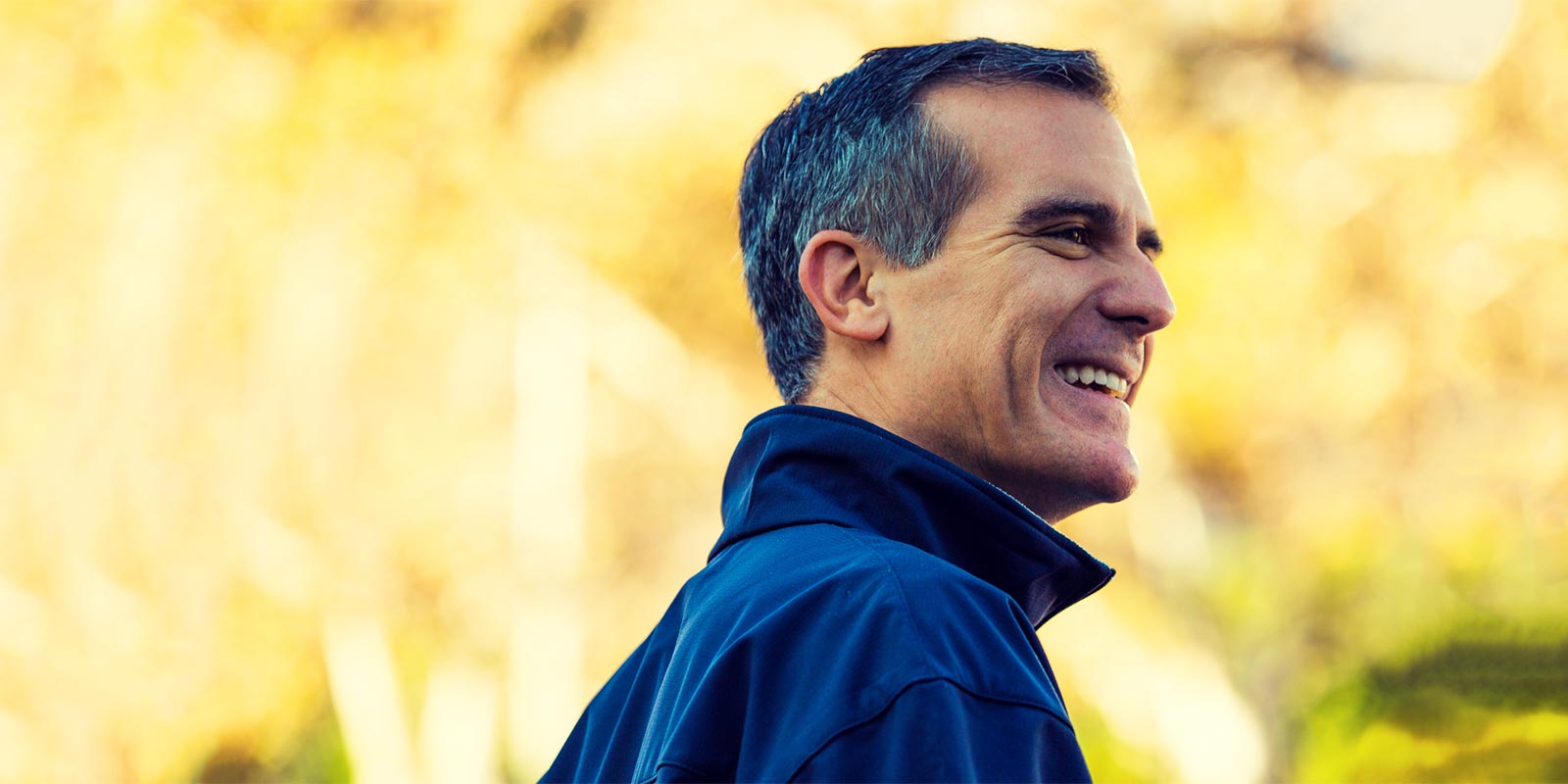 Eric Garcetti is the 42nd Mayor of Los Angeles. As the city’s chief executive, he has led L.A. to raise its minimum wage, lower its business tax, bring Hollywood jobs home, and pass the nation's boldest transportation plan and a groundbreaking initiative to house the homeless. He is running for Mayor again to keep getting things done.

Garcetti was elected four times by his peers to serve as President of the Los Angeles City Council from 2006 to 2012. From 2001 until taking office as Mayor, he served as the Councilmember representing the 13th District which includes Hollywood, Echo Park, Silver Lake, and Atwater Village -- all of which were dramatically revitalized under Garcetti's leadership.

Garcetti was raised in the San Fernando Valley and earned his B.A. and M.A. from Columbia University. He studied as a Rhodes Scholar at Oxford and the London School of Economics and taught at Occidental College and USC. A fourth generation Angeleno, he and his wife, Amy Elaine Wakeland, have a young daughter. He is a Lieutenant in the U.S. Navy reserve and is an avid jazz pianist and photographer.